FRAN SCULLY’S work has been featured in the Scully Gallery in both Perkins Cove and 680 Main Street, Ogunquit, Maine, since 1973 and she has spent summers in Ogunquit since 1951. These fine art galleries highlight her paintings of landscapes, seascapes and floras.

INSPIRATION for paintings comes from her admiration of nature—her love of the rugged coast line and landscapes of Maine, the magical beauty of Ogunquit’s Marginal Way and picturesque Perkins Cove, as well as the countryside settings of Maine and Connecticut. Critics have described her watercolor florals as having fragility combined with a freedom of their own. Her gentle touch with the delicacy and freshness of flowers shown through her watercolor paintings reveals her warm personal feeling for nature in all forms.

FRAN studied at the University of Hartford Art School, Bay Path College, Asnuntuck College and with many nationally known artists. She has exhibited widely in regional, national and solo shows and has received numerous awards. For 15 years, she served as President of the Academic Artists Association based in Springfield, Massachusetts. Her work is represented in permanent public and private collections throughout the world. 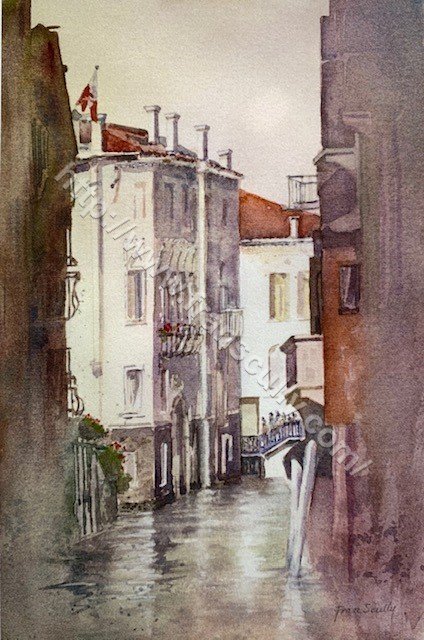