J. E. “Jim” Daly was born in Glens Fall, NY in 1951. He grew up in rural upstate New York where he developed an intense personal connection to the remote farmlands, rivers, valleys, and mountain environments. As an avid outdoorsman, painting directly from the landscape came naturally to Daly.  The concept was reinforced many times over by spending summers as a boy on his family’s 5th generation dairy farm in bucolic Washington County. Daly remembers first learning to draw with John Nagy through his1950s Saturday morning art instruction television program for children. The early exposure was reinforced by his mother, lifelong artist Patricia Minnis Daly. Many years later in 1983, after 4 years as a rated US Air Force officer, Daly settled in Hudson Massachusetts with his wife and three children.  Soon after, a chance trip to the Boston Museum of Fine Arts, and an opportunity to see a blockbuster exhibit of Renoir works up close, brought forth a latent creative force that Daly has been refining and learning to focus ever since. His long time affinity for outdoor painting is also heavily influenced by the ancient Celtic philosophy of what Irish author Morgan Llewellyn calls, ‘sense of landscape’. Says Daly, “…the ancient Celts embraced a oneness with the landscape, the stuff of great poetry, mystery, myth, mirth and sober reflection.  From this came compelling stories and colorful legends communicating the meaning of the landscape and the purpose of its inhabitants, first handed down only by word of mouth, and have now endured since the time of the pyramids. Authors like Washington Irving, and composers such as Copeland and Debussy found similar connections to the landscape in their creativity. I strive for even a hint of that inspiration in my work, with a goal of sharing this deeply spiritual, instinctive awareness with the viewer. Telling such a story is important to me. For me, painting from life, before the landscape, without a temporal appreciation for the legacy therein, misses the real power and higher meaning”.

Daly’s style emanates from the Cape Ann and Boston Schools of American Impressionism. He usually begins a landscape painting on site, and finishes it in the studio. His personal influences include Van Gogh, Renoir, Homer, Hopper, Hibbard, Carlson, and Payne. Daly has paintings in private and corporate collections around the US and Canada. He has won numerous awards, has studied both formally and later through mentoring with some of the most prominent American artists working in the last quarter century. Daly’s work has appeared in several art publications. He travels extensively, lives and works full time at his studio in Hudson, and is member several national and regional art associations. 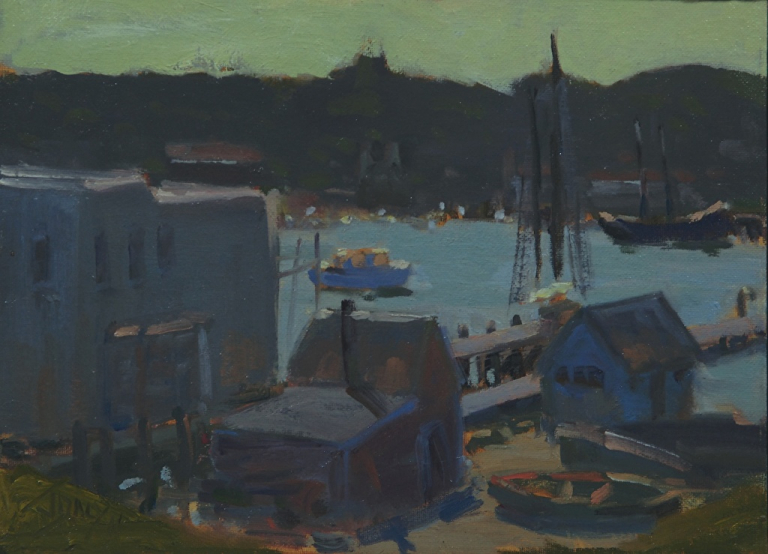 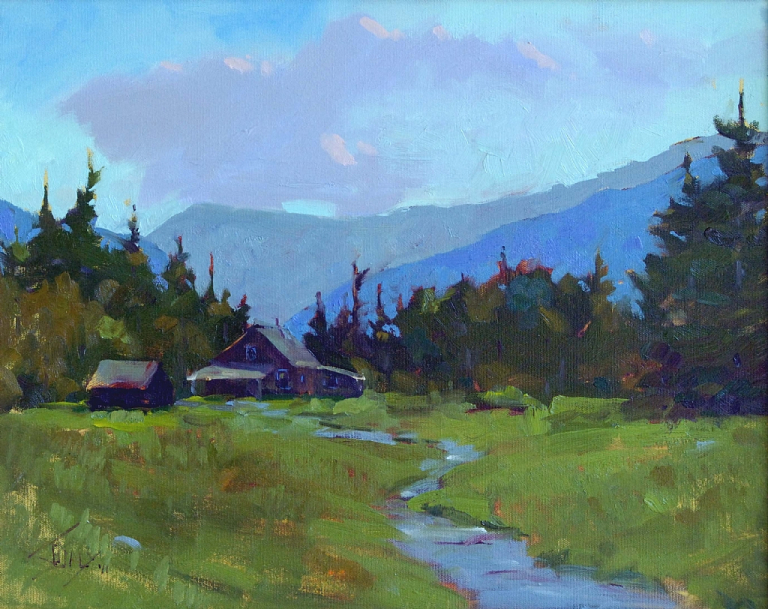