John Caggiano was born in Brooklyn, New York, where he studied pre-engineering at Brooklyn Technical High School. He received a BA degree from Brooklyn College and an MFA from Pratt Institute, both with honors. His education was supplemented by courses at The Brooklyn Museum of Art and the Studio and Forum of Stage Design in New York City.

He relocated to Rockport, Massachusetts in 1980, drawn to the physical beauty and unique quality of Cape Ann’s light. Aside from participating in up to twelve juried plein air events a year, he travels extensively, both here and abroad, painting on location. This plein aire approach enables him to capture the essence of the time and place that he interprets into his bright and colorful “Impressionistic-realism” style. The work is further enhanced by his daring use of a palette knife, enhancing the effects of his brushwork. “Painting for me is the bold and dynamic use of color that infuses life into the subject of the painting. Color is the lifeblood of the painting. Nothing stimulates more than its pleasing harmony, whether strongly applied or toned and tranquil.”

An artist member of many organizations, Mr. Caggiano has served as President of the Rockport Art Association and Museum and had been a member of its Board of Governors for sixteen years. Both he and his award-winning paintings have made appearances on nationwide television shows such as ABC’s Good Morning America, on It’s All About the Arts, WBNN’s Boston channel and on international TV, Televisione Italiana- RAI. His art has also been featured in and graced the covers of numerous books, magazines and newspapers such as Marine Art: A Gallery of Marine Art, Monhegan: The Artists’ Island, and The Best of Oil Painting among others. John is a Signature Member of American Society of Marine Artists, Academic Artists, Hudson Valley Art, Lyme Art, North Shore Arts, and Rockport Art – Associations. He is also a member of American Impressionist Society, Maine Plein Air Painters, Mid Atlantic Plein Air Painters Association, National Oil and Acrylic Painters Society, Oil Painters of America, and Outdoor Painters Society where he has received such awards as the Bernard Corey Memorial Award, and the Guild of Boston Artists Award, among others. One of John’s paintings won the inaugural purchase prize for the permanent collection of The Bennington Center for the Arts, (VT), and the Best of Show & Alden Bryan Gold Medal in the “Land and Light” show at the Bryan Memorial Gallery, (VT). More recently, John was awarded the Texas Ranchland Award and the Best Architectural Award at En Plein Air Texas; Second Place in the American Waters show at the Lyme Art Association, the Alden Bryan Landscape Award from Academic Artists Association, the Art Spirit Award from Cape Ann Plein Air, First Place, Members Show from the Outdoor Painters Society, and most recently the Stobart Foundation Award at the 39th Annual Mystic Maritime International Exhibition and the Frank & Margerie Van Steen Memorial Award at the 87th Annual Hudson Valley Art Association National Juried Exhibition. PleinAir Magazine featured an artist profile of John in September 2017 and an online profile in OutdoorPainter.com in April. Since then John has been featured in no fewer than twelve other editorial feature articles in both PleinAir and Fine Art Connoisseur Magazines, including the “BOATS, HARBORS, AND WATERFRONTS” editorial feature in the September 2020 issue PleinAir Magazine.

John Caggiano has maintained a gallery and studio on Bearskin Neck in Rockport since 1981. He may be found online at JohnCaggiano.com, on Facebook and Instagram. 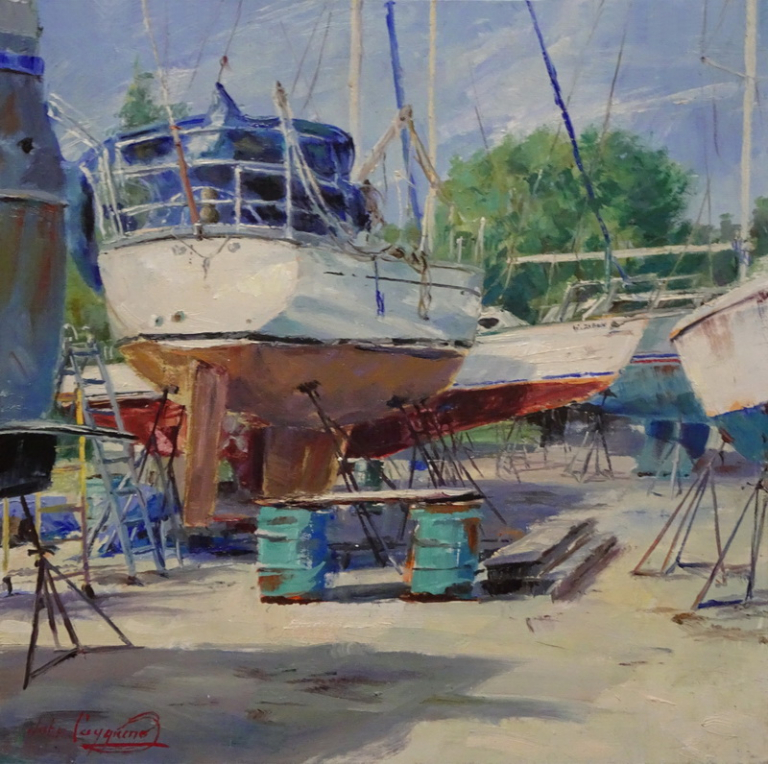 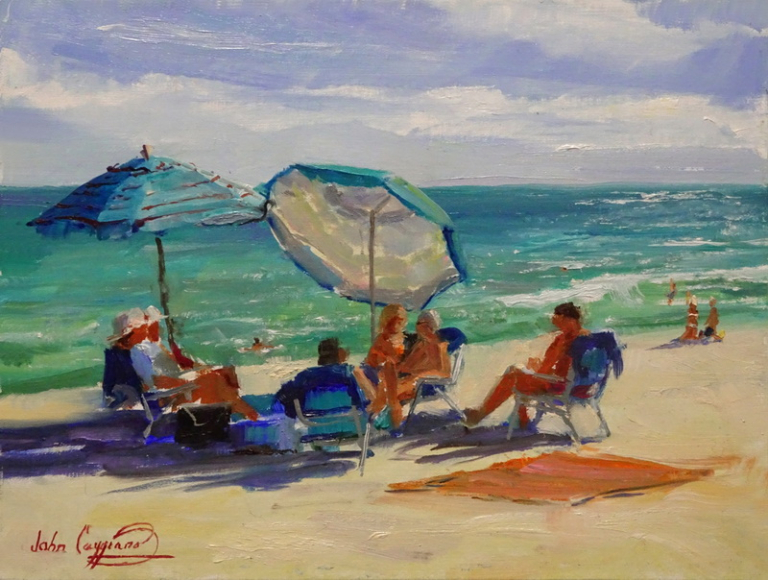 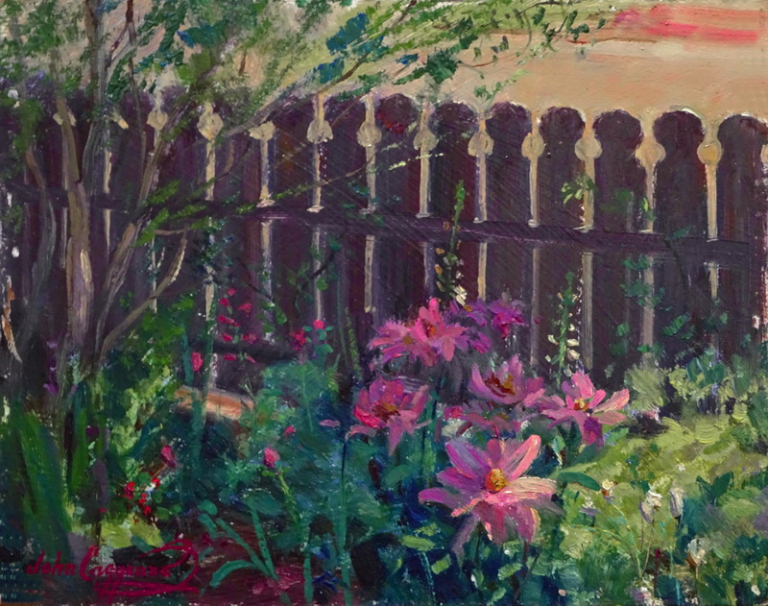 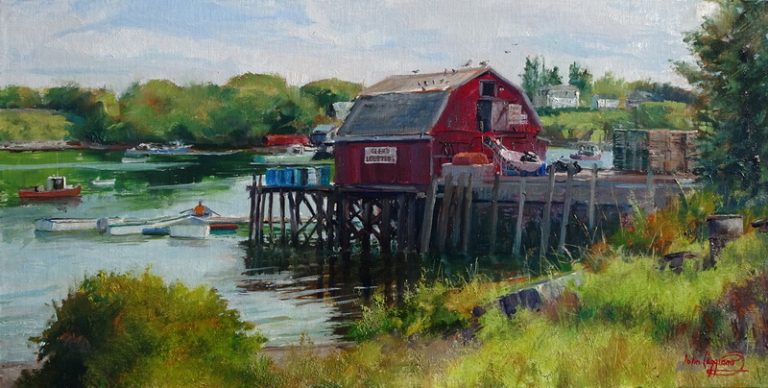 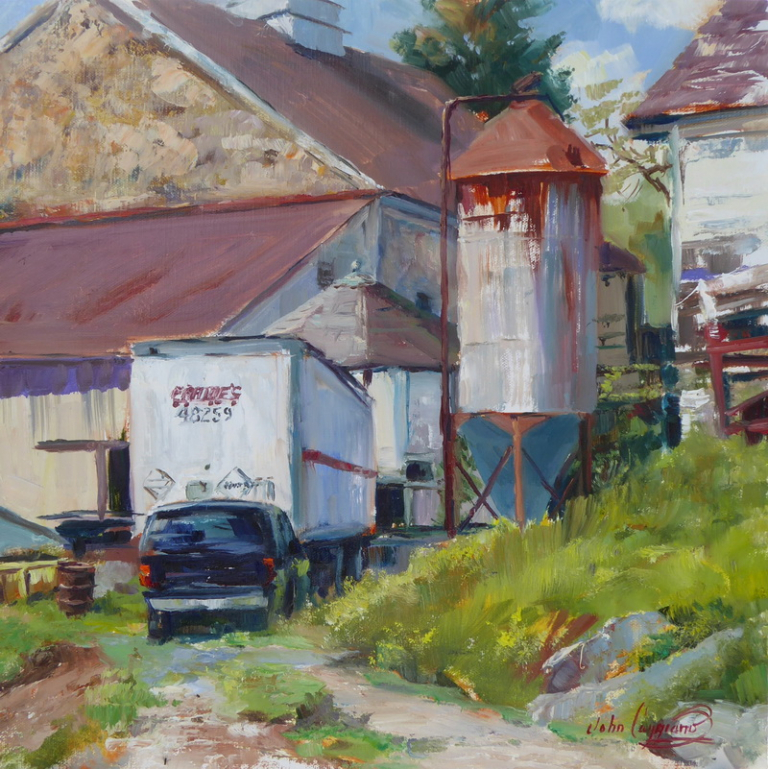