Linda Jo Nielsen was born and raised in Massachusetts. With a poetic blend of realism and impressionism, she draws her inspirations from the meadows and marshlands from Cape Ann to Maine. Sun dappled roads, foot paths, and long vistas featuring the seasons of New England are a reoccurring theme in her work.

Linda began her painting career as a fine artist under the tutelage of the late Barbara Baldwin of West Newbury. In 1993, Linda began to produce limited edition prints of her wildlife paintings.

Linda’s winning stained glass window design of a majestic stag was selected by the City of Haverhill to be crafted by a local artisan. Her design is permanently installed at the Winnekenni Castle in Haverhill, Massachusetts. 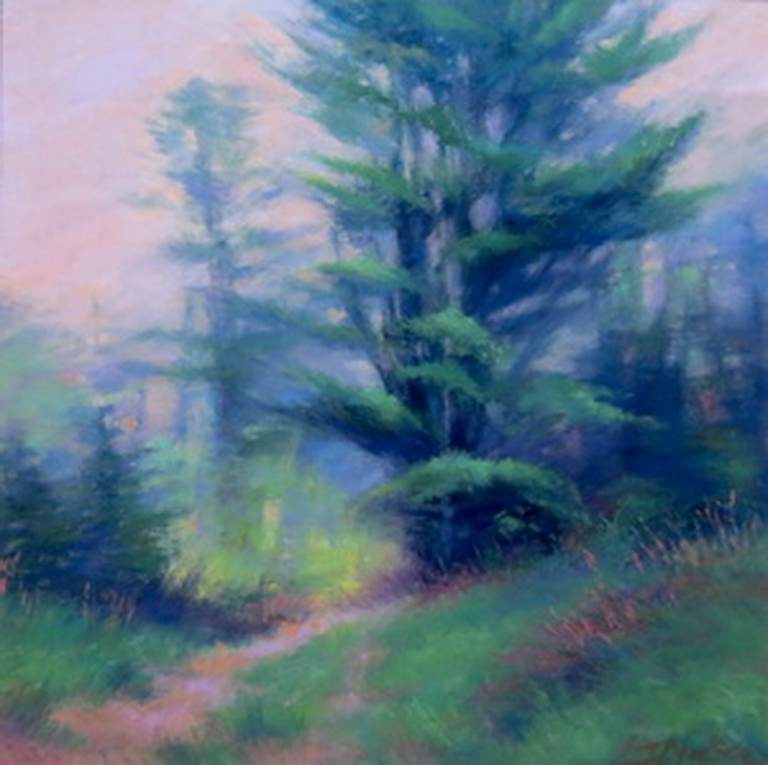