For the past decade Marion has been studying watercolor painting and developing her painting into a new passion and career. She began her studies with Paula Jean Kulas of Peabody MA. More recently she studied with Paul George of Gloucester MA, Carol Sebold of Camden ME, and Janet Rogers of Captiva FL. She has exhibited in Manchester at the Town Hall, the Arts Gala, the Sovereign Bank, and the Historical Museum. She has a painting in the permanent collection of the Manchester Historical Museum. She has exhibited at the Guild of Beverly Artists, Magnolia Library Art Sale, the Topsfield Fair, Art-in-the-Barn at Essex County Greenbelt, Thatcher’s Island Show, Sawyer Free Library, the TTOR Art Show at the Crane Estate, the Sanibel-Captiva Art League’s Annual Juried Art Show, their Southwest Florida Regional Juried Art Show, and their Annual Art Fair, and the Marblehead Festival of the Arts.

Marion is an Artist Member of the Rockport Art Association and the North Shore Arts Association. Marion is a Signature Member of the New England Watercolor Society. She is a Cape Ann Museum docent. She is an exhibiting artist and member of the Marblehead Art Association, and the Sanibel-Captiva Art League. Before her career as a watercolorist Marion was a Physical Therapist in the schools in Manchester, Rockport, Essex, and Hamilton-Wenham and she worked for the visiting nurse associations in Manchester, Gloucester, Rockport, and Beverly. During the Viet Nam War Marion was a LtJg in the US Navy as a Physical Therapist at Chelsea Naval Hospital.  She is an alumna of Tufts University and Northeastern University. Marion Hall lives and teaches watercolor painting in her new Manchester Studio and she vacations and teaches on Upper Captiva Island, Florida. 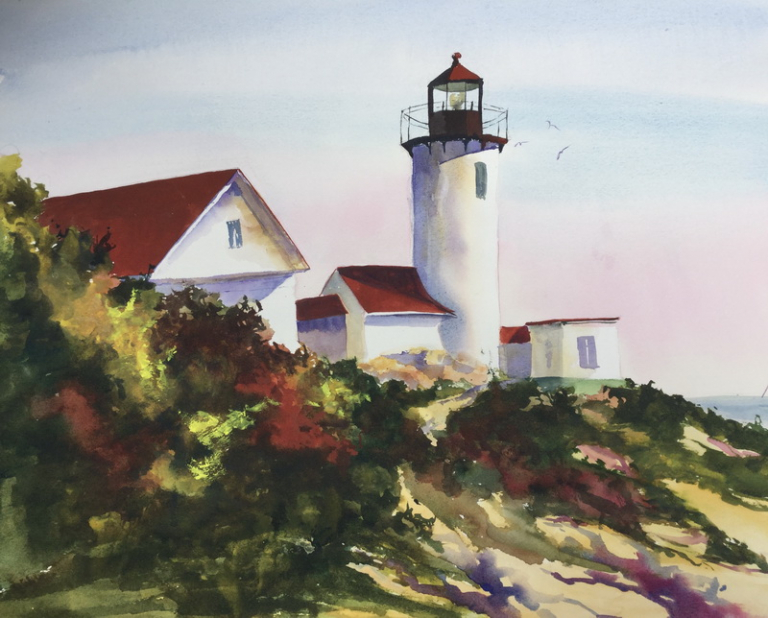 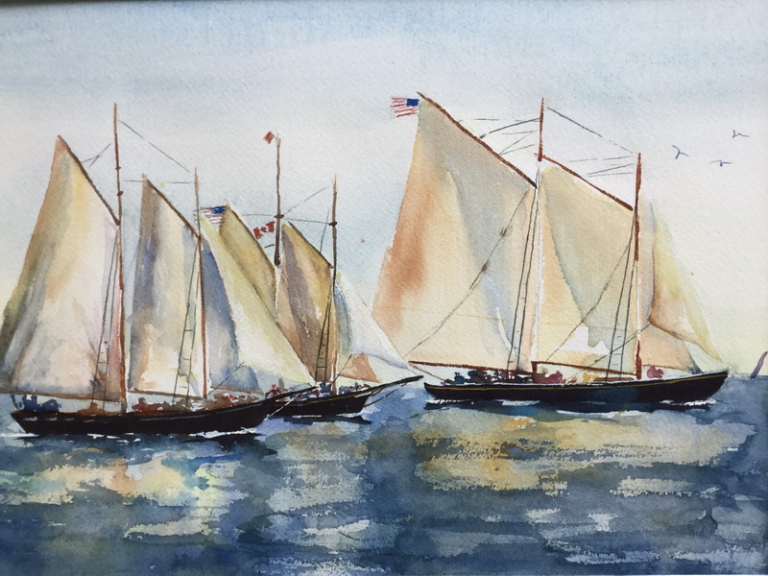 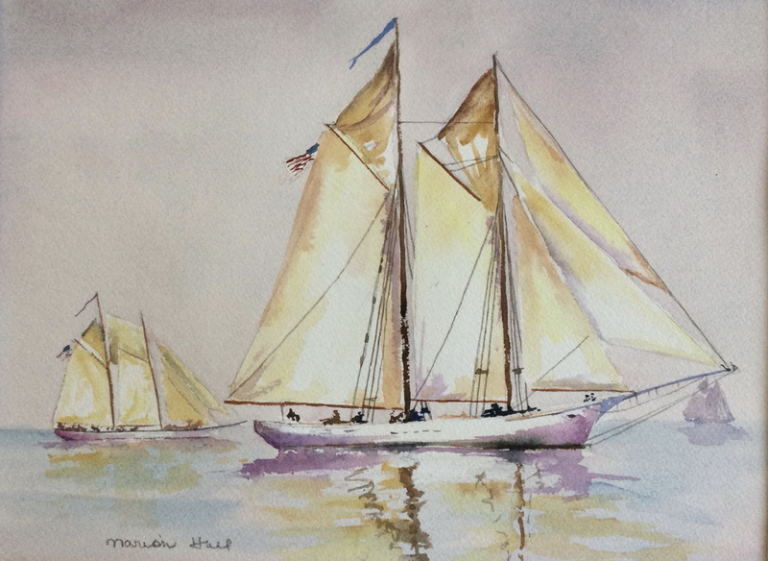 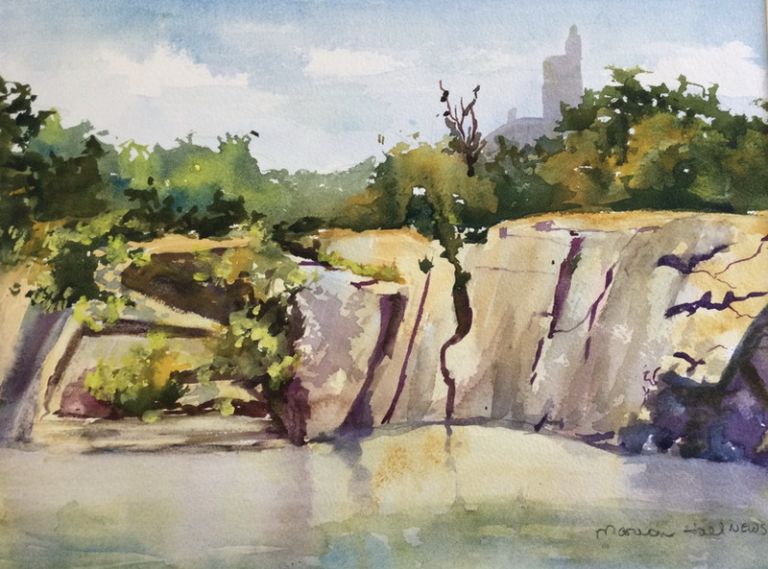 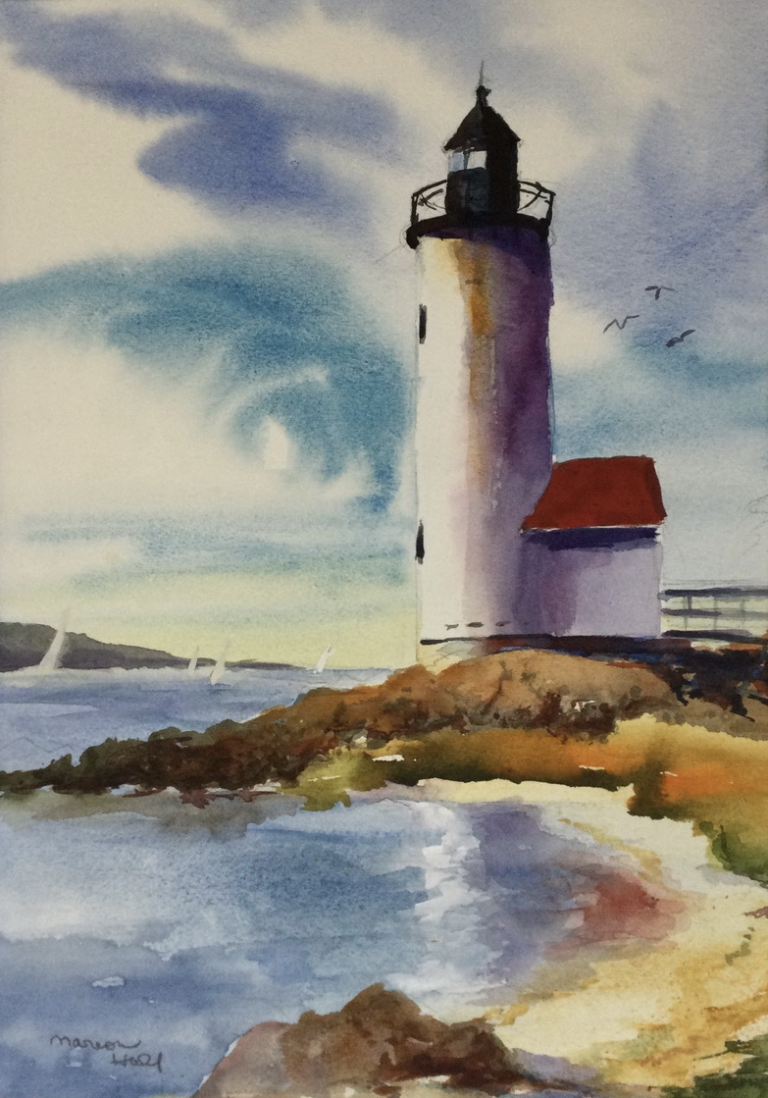