Mark Tougias is a self-taught artist who has been busy painting since childhood. His earliest surviving drawings and paintings date back to when he was eight years old. From an early age he learned by studying the masters and at age sixteen he began exhibiting. At the University of Massachusetts he studied education and art history. He began painting full time in 1990.

Although there are numerous influences on his art, he is particularly fond of American and European art from 1870 to 1940. Some of his favorite schools are the French Barbizon painters, American Tonalists, the Cape Ann, New Hope and the California painters from the early 1900’s. Most of Mark’s inspiration comes from his immediate surroundings in Vermont and upstate New York as well as from his annual trips abroad. The most important elements of his work are light, tonality, atmosphere and composition. He is most interested in the poetic and spiritual qualities of a place rather than exact renderings of specific locations.

Mark has exhibited in over forty galleries and has had over twenty-five one man shows. Among his numerous awards are the Juror’s Choice Award from the Southern Vermont Art Center’s 2008 National Fall Exhibition, the first Alden Bryan Gold Medal for best in show awarded in 2007 by the Bryan Memorial Gallery in Jeffersonville, Vermont, the Roger Curtis Award for excellence awarded at the North Shore Arts Association in Gloucester, Massachusetts in 1998 and the Harold Knight Award for best in oils from the Northern Vermont Art Association in 2000.

Mark is a member of Gloucester’s North Shore Arts Association and a former member of Boston’s Copley Society. He is listed in Marquis Who’s Who in America as well as Who’s Who in the World. His work hangs in private collections across the United States as well as Quebec and in many European countries. 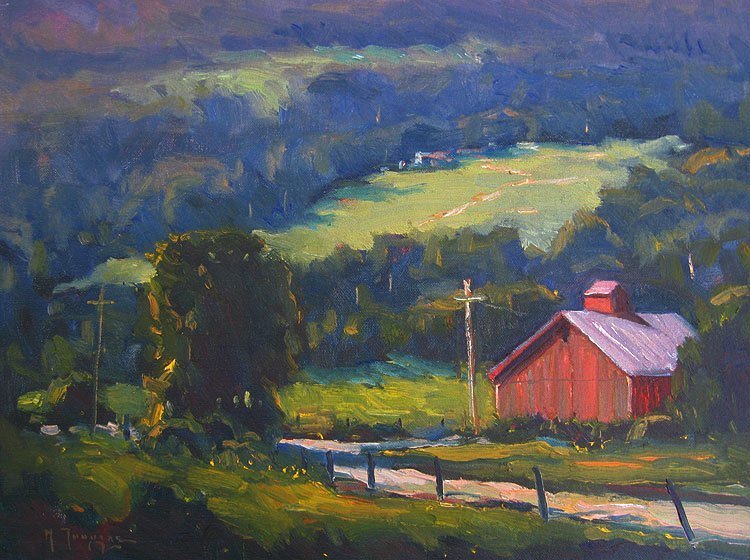