I was born in New Zealand in 1960. I attended the university there but dropped out after only two years of a physics degree in the early 1980’s. I spent the rest of the decade teaching myself to paint and left for America in 1990, where I lived in Los Angeles for six years. I then moved to Boston where I have lived ever since.

Before something becomes immortal it must first pass away. What is unworthy finds a new life. Clouds may be Angels and telegraph poles crucifixes. The junkyard is restored and Calvary becomes Eden. In nocturnes earths atmosphere seems stripped away, the veil between God and man is torn – we see ourselves in the eternal.

Since the painting of Christian icons, western culture has represented light as directly transmitting the authority of God. Later, light in a church was not just light but divine light. As painting became more secular, particularly in the first landscapes, the Dutch flat, uninspiring countryside became majestic through the magical agency of light.

In America the fulfillment of the enlightenment and the flood tide of romanticism reasserted the divine nature of every human soul and the entire universe they inhabited. The American landscape became a kind of metaphor for man. The clay from which he was made. God breathed life into it and thereby man through the divine power of light. Adam in his pre-animated state, like unleavened bread, was raised and made more than kinetic with something of Gods own condition. 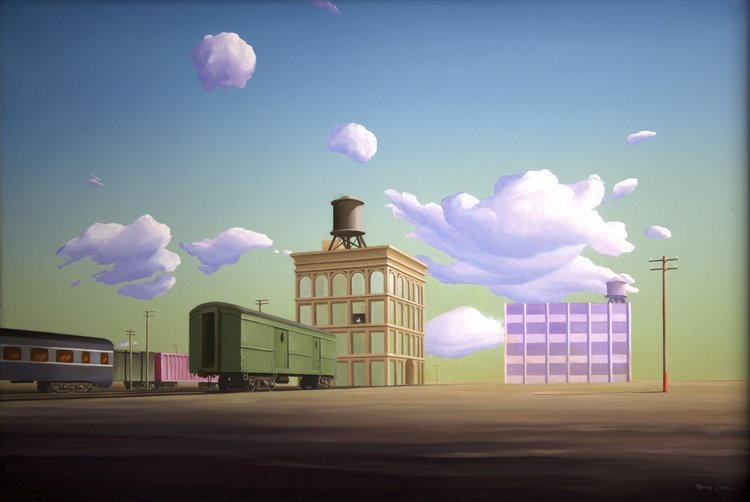