Steven Allen Simpson (b. 1958) was drawn to nature and the visual arts at an early age. Growing up on Massachusetts’ North Shore, his backyard was New England’s woods and coastline. A love of the land and sea was passed down to him from his parents. Enjoying drawing, watercolors, wood carving, photography and oil painting as a teenager, Steven was inspired to study art in college, receiving my BA in Fine Art from Salem State University in 1982. He began a career in the graphic arts and spent more than twenty years working for Sky & Telescope magazine, first as illustrator, eventually as art director. While he enjoyed painting scenes of exploding stars and black holes, he never lost his love of more earthbound landscapes. A turning point came in 1997, when he read Kevin MacPherson’s book, Fill your Oil Paintings with Light and Color. Plein aire painting, while challenging, could satisfy two of his greatest loves: being outdoors and creating art. Classes at Mass College of Art, the Decordova Museum school, and with the Plein Aire Painters of America followed. Many of Steven’s oil landscapes have sold from galleries around Massachsetts.

“My work can best be described as loose realism. I aspire to create paintings that are direct and expressive. My primary interest is painting the landscape. I like exploring the edges where the man-made and natural meet. There are places where the two blend, mimic one another, dance, or do battle.” 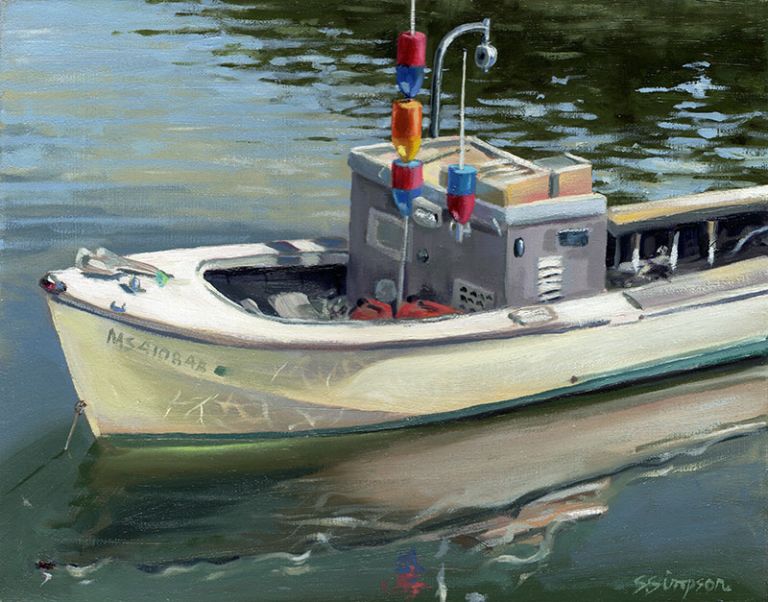 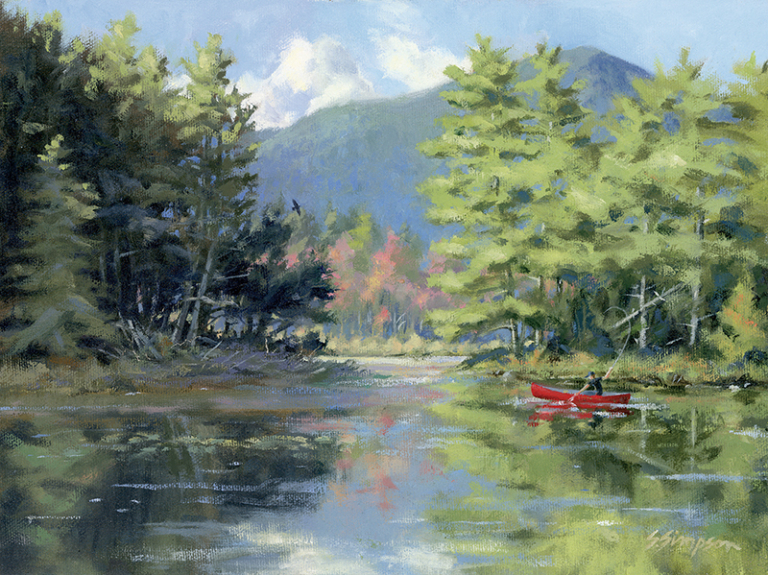 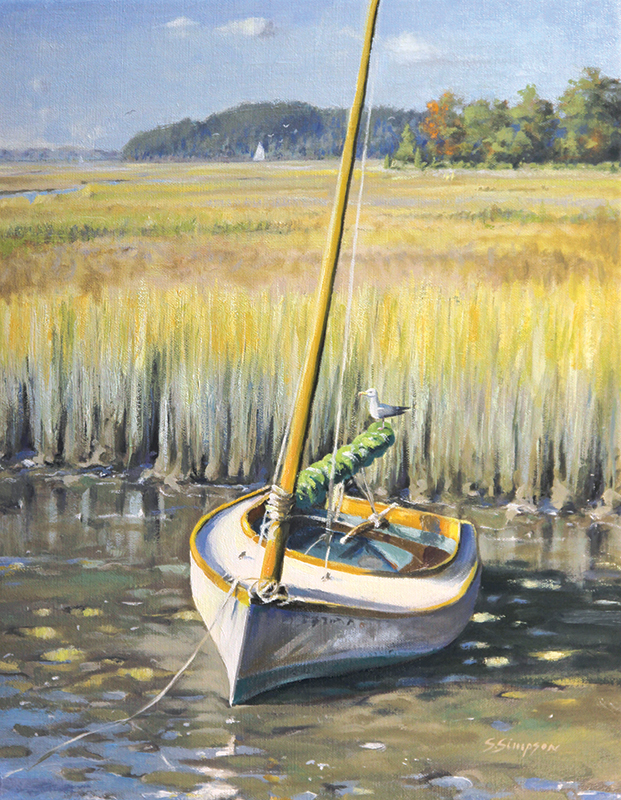 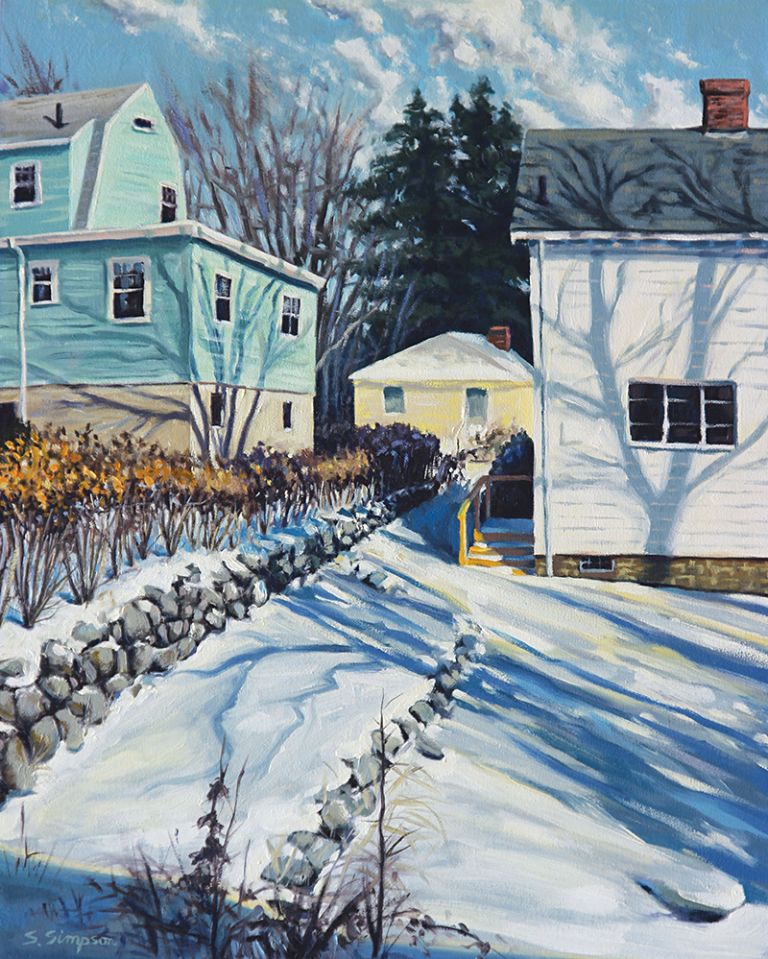 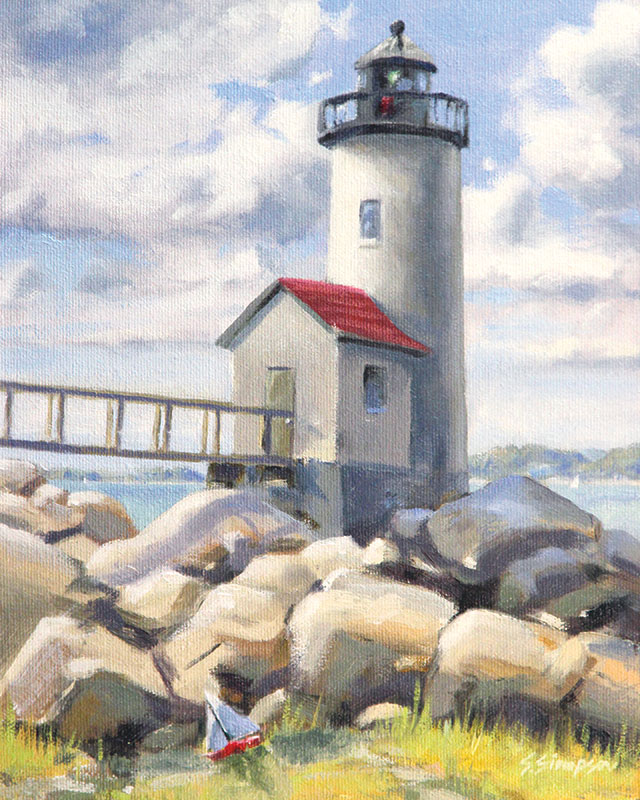 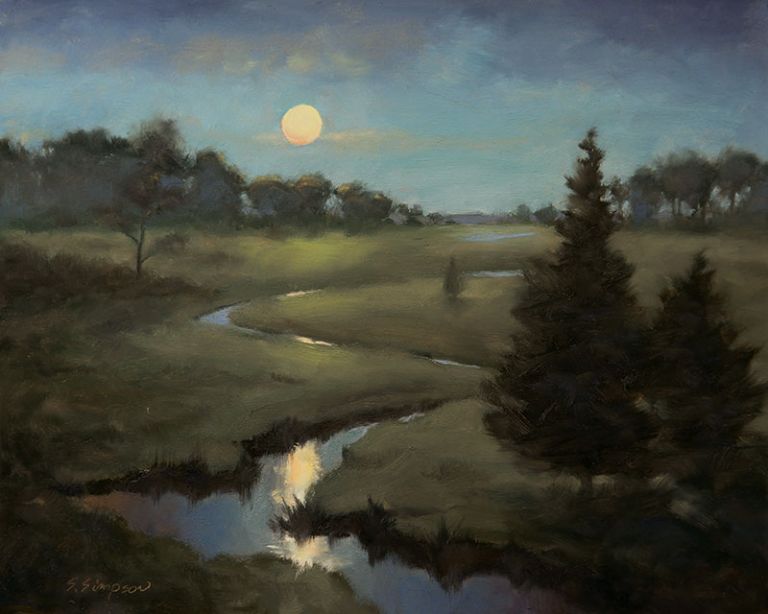