Susan Ellis studied art throughout her high school and college years, but did not begin painting with pastels until the early 1990s. Ellis has taken numerous  art classes including oil, collage, drawing and theory over the past twenty years, but soft pastels emerged as her preferred medium and passion.

Living in the Washington, D.C. area for thirty years, Ellis undertook an ambitious, self guided education at the Art League of Alexandria (VA).  Her painting increasingly focussed on still life and figures with humanist realism and expressive color while under the tutelage of teachers including Danni Dawson, Dianne Tesler and Robert Liberace.  Ellis also honed her painting skills at workshops around the country led by notable pastelists including Sally Strand, Liz Hayward Sullivan, Alan Flattman and Tony Allain.

In 2015, Ellis moved “home” to Massachusetts and settled on the picturesque North Shore.  To her delight, a new artistic passion quickly revealed itself as she observed clam diggers working on the local mud flats.  “I was instantly captivated by the contrast between the gritty reality of the clammer’s physical labor and the extraordinary beauty of the tidal landscape.  Sand, rocks, salt hay, broken shells and muddy boots set in the context of wind whipped waters, expansive ocean horizons and the constantly changing coastal light is magical and inspirational.”

There is a rich tradition and history associated with clamming on Massachusetts’s North Shore and Ellis hopes to contribute to it by portraying both the harsh reality and the beauty of this way of life. 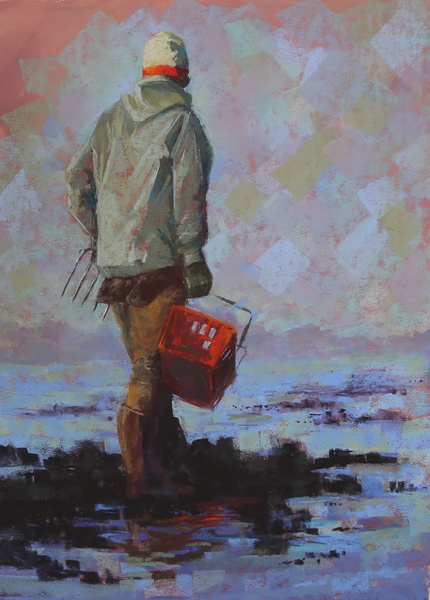 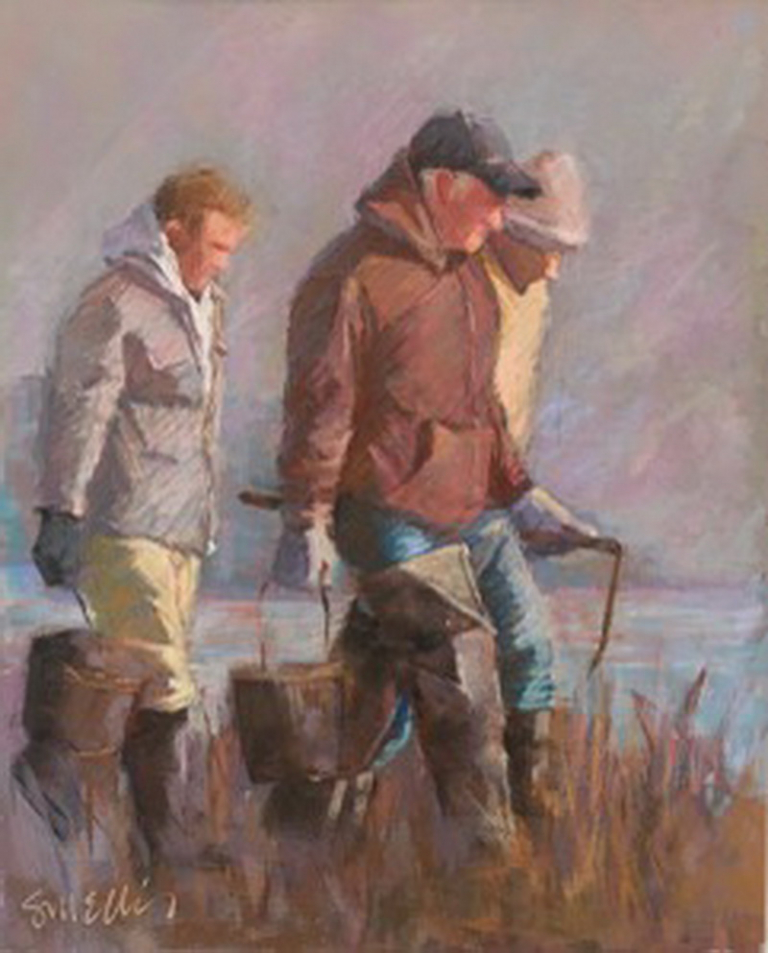 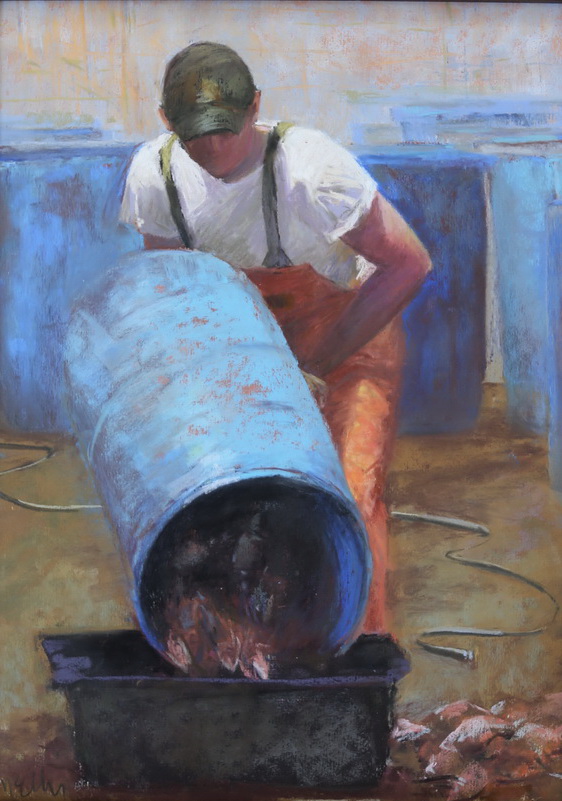 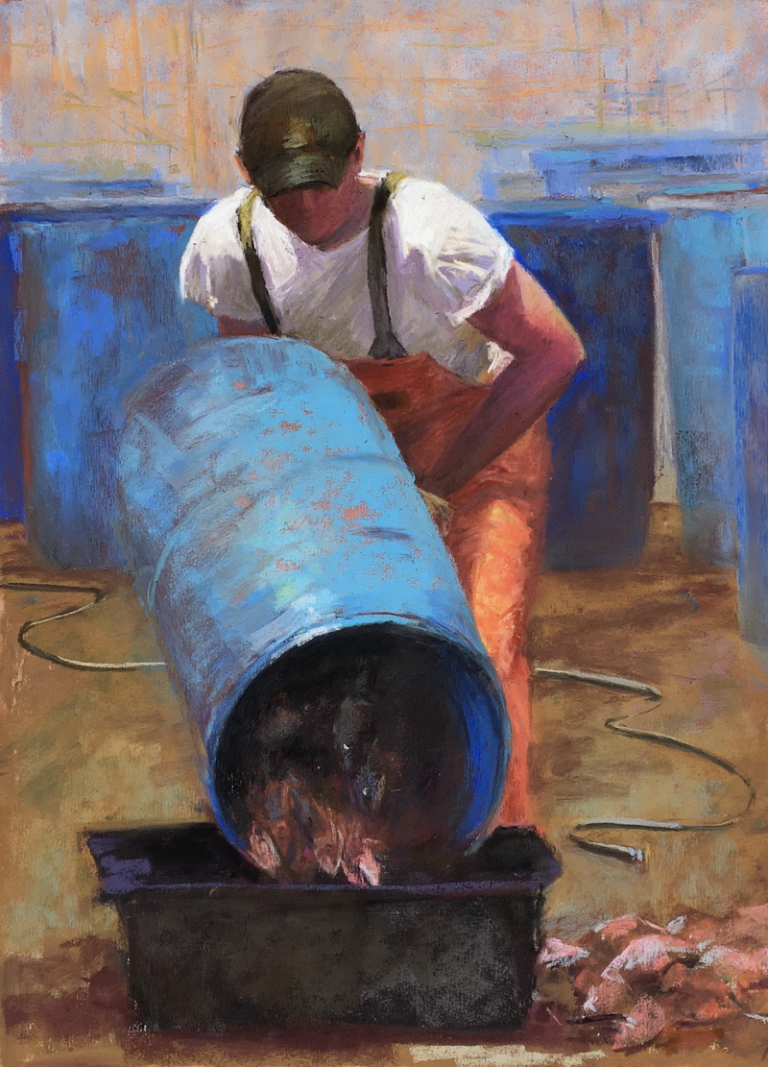